I’ve seen a lot of debates about whether using a sub-domain (name.domain.com) vs. a standard domain name (www.domain.com) has any benefit over the other search engine ranking wise.

I’m willing to bet that 95% of the people behind these debates haven’t done any testing for themselves and are either repeating what they heard elsewhere (from people who haven’t done any testing) or just flat out making assumptions. Well, I thought I’d take a few moments to tell you a bit about some testing that I’ve done and what my own conclusions are.
For those of you just looking for a quick answer as to which is better, it depends … so read on to get my thoughts and test results on it…

To clarify how I did this test, I took a few blogs in a related niche — some new, some old — and did a new blog post on each of them targeting a few of the same keywords. I also divided up the groups so that each group had an even number of old vs. new sites as well as an even number of low and higher page rank.
I then did my normal SEO routine of optimizing the posts, pinging the sites, etc. and the test was to see which ones got 1) ranked the fastest (appeared somewhere in Google or Yahoo) and 2) got ranked the highest for the keywords that I was targeting.
For the sub-domains, half of them were blogger blogs ([some name].blogspot.com) while half were on domains that I owned. I then compared the two different types of sub-domains, sub-domains vs. normal domains as a whole, new vs. old sites, and low vs. high (by high, I mean more than a pagerank of 2 — most in the test were 3 or 4 — , low is pagerank of 2 or less). 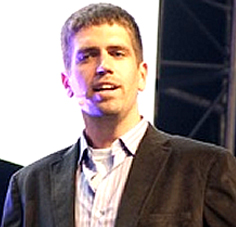 Brian Koz is a serial entrepreneur responsible for several six and seven figure businesses over the years.